Methodia is among the Top 40 Software Companies in Bulgaria

One of Bulgaria’s leading technology publisher ICT Media just recently announced this year’s chart of the TOP100 Tech companies in Bulgaria. We are so thrilled that for a fourth consecutive year Methodia is among the Top 40 Software companies in the ICT business. At the official TOP100 Awards Ceremony that took place at the Sofia Airport Center on the 9th July, the all charted companies were once again acknowledged and congratulated on the good results.

Despite the challenging business environment in 2017, Methodia was able to retain its Top 20 ranking in the ‘Software Package Providers’ segment and settled among the biggest 30 software developers in Bulgaria with a remarkable 171% year-over-year growth. “The international expansion that Methodia is undergoing in the last couple of years is yielding first results and we are truly happy to see that we’re on the right path of development” said CEO Tsvetoslava Kyoseva. The company is continuously recognized as one of the Top 15 IT Consultancy providers in the country, showing mild increase in the segment revenue for 2017.

ICT’s annual ranking placed Methodia on the leaderboard as the 7th biggest provider of specific IT services, with an impressive growth of 344%, as compared to the previous year. The company also advanced in the Top 20 Comunication equipment providers ranking to a well deserved 16th place, and is acknowledged as one the fifty biggest IT employers of the year.

Major part of its progressive development Methodia owes to its award winning “Utility & Telecom Solutions Suite” product, which was officially launched in 2014. The platform has initially been developed for the largest utility companies in Bulgaria, that have become its ambassadors and have also provided valuable feedback and on-going support to Methodia’s R&D team to further improve the solution over time. The suite automates the complete “order-to-cash” cycle and is also offered as a white-label fully-managed solution to non-utilities seeking to step into the utility markets and further leverage their access to consumers as home multi-service providers. 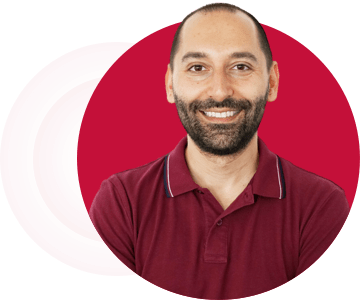 Nick has always been fascinated by qualitative communications and good content, and is a keen events planner and organizer with a decade-long expertise. PR, social media and corporate social responsibly are his true elements and he’s ever seeking to make the world a happier place.

Request Demo
This site is registered on wpml.org as a development site.